WIN
Take a Wellness Check for a chance to win a DNA kit worth £125!
Evergreen EnergyEvergreen LifeEvergreen Smart PowerEvergreen Group

We've been asking our users about their nutritional habits.
Scroll down to find out what we've discovered.

Insights you have helped us discover

Scroll down to view more data on eating habits over the past few months
Diet and Nutrition Goals
At the end of our Nutrition Check we ask our users: What's the most important goal for you when it comes to your diet? The below visualisation shows how our users have answered that question since October.

We know that our users who have healthier diets also report better sleep as well as numerous other positive health aspects, and it's clear the biggest priority for most of our users is to lose weight. Recently, however, we have seen an increase in the percentage of users reporting that reducing the risk of a future health condition is their top priority.

A balanced diet can reduce the risk of heart conditions, so people putting their future health as their top priority is a real positive.
‍ 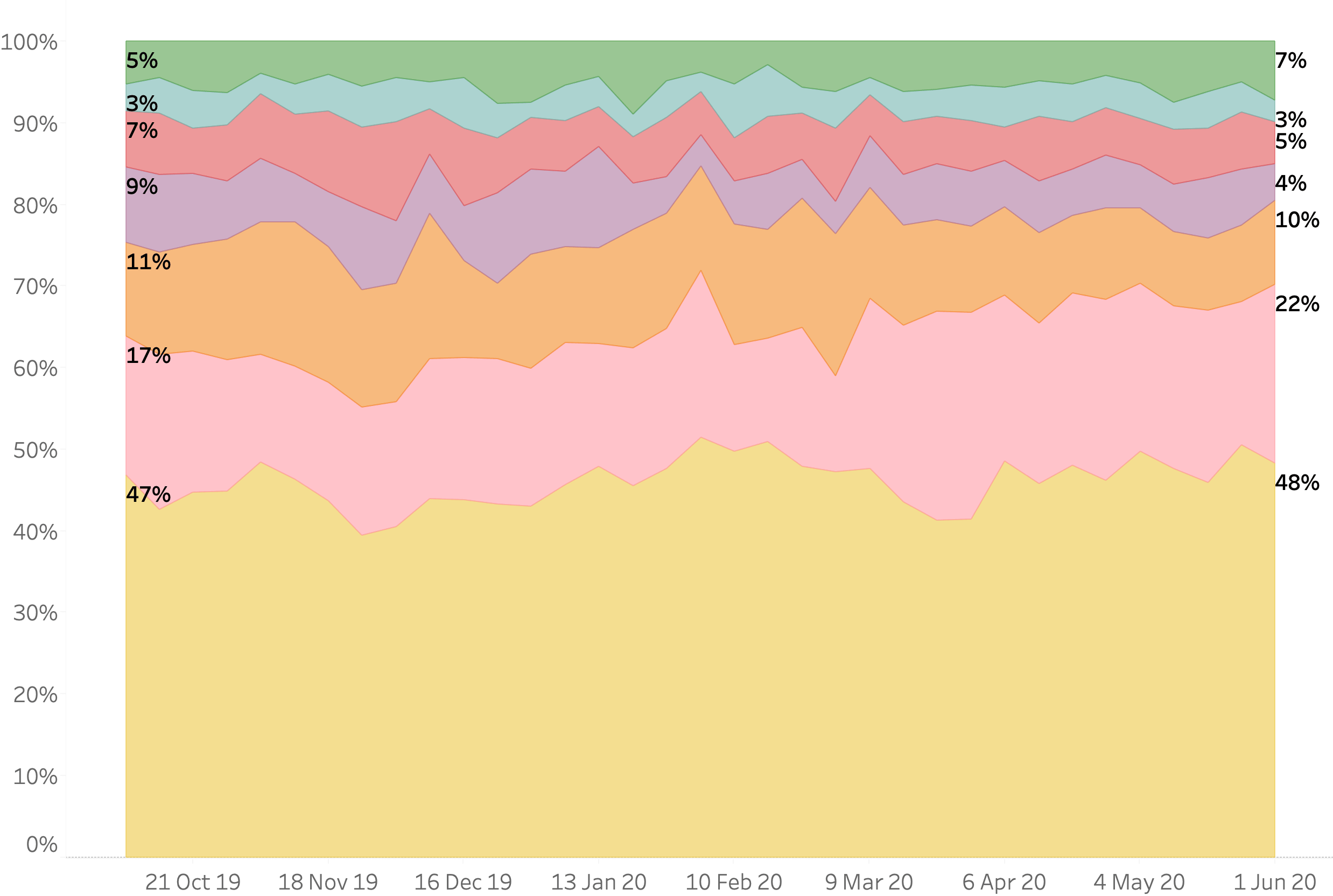 Healthy eating habits
The graph below shows the percentage of users who are making healthy foods like fruit, veg, and oily fish part of their weekly diets, split out by gender to show how responses differ between male and female respondents.
‍
In most cases our Male and Female users report similar healthy eating habits, though some clear differences can be seen between those reporting having any portions of oily fish such as salmon or mackerel, as well as those reporting more than one portion of fish or seafood.

A good diet should contain at least two portions of fish per week so we're keen to further understand why this is lower for Females.
‍ 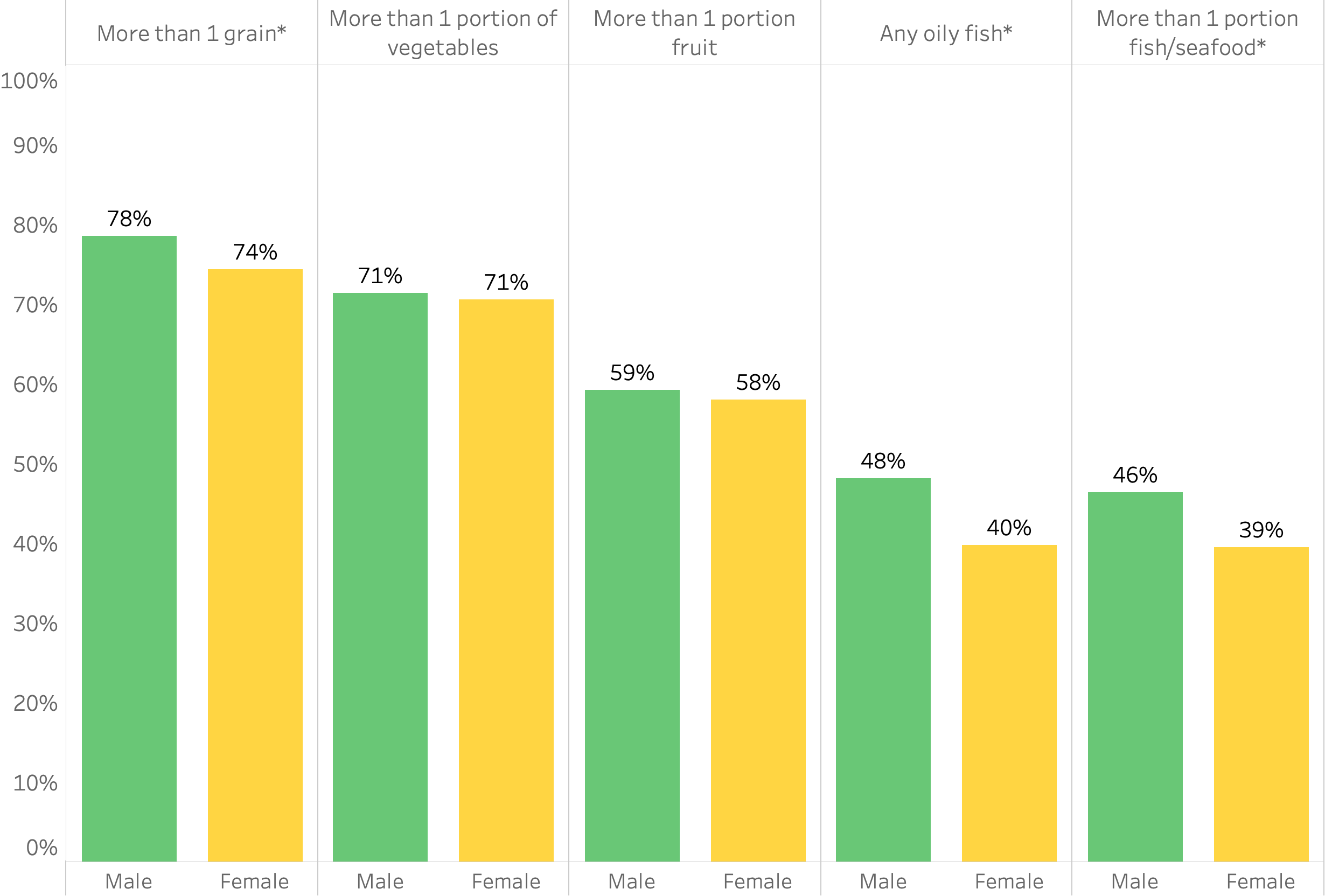 Unhealthy eating habits
Now the naughty stuff. The graph below again the percentage of users who are eating unhealthy foods such as processed meat as part of their weekly diet, split out by gender. Additionally, it shows the percentage of users who are drinking more than 6 units of alcohol on a 'drinking day'.
‍
In this instance we can see an area of diet where our female users vastly outperform the males. Our male users are reporting significantly higher consumption of more than 1 portion of processed meat (sausages, cured meats etc) compared to females. Processed meats often contain unhealthy additives and could be increasing your risk of cancer.
‍ 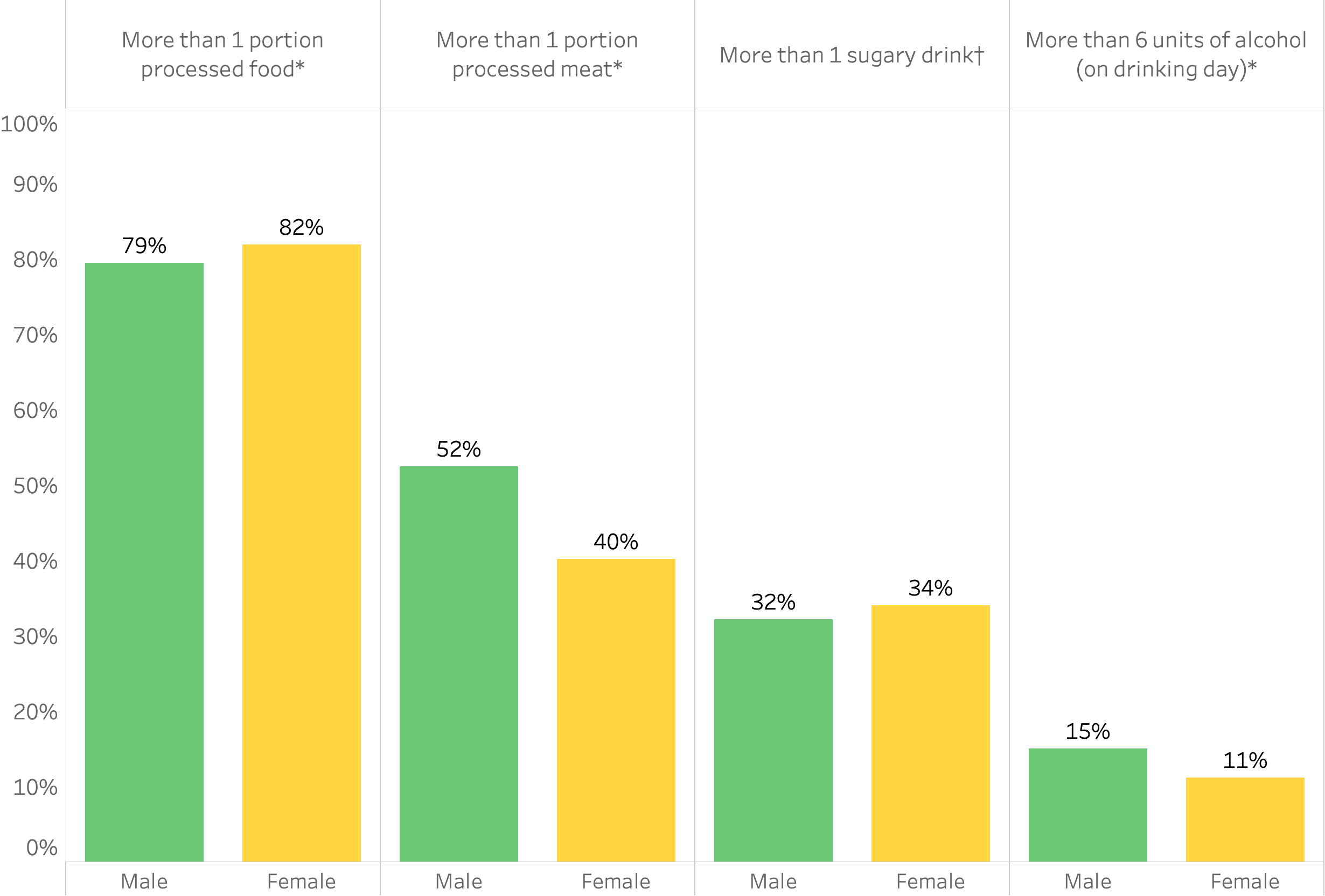 More Nutrition Insights
In these visualisations we have separated out each food/drink and plotted how users are reporting their consumption since October. We have also added a ruby line to signify the start of lockdown in the UK due to COVID-19.

While it is important to note that these graphs are not necessarily showing the same respondents pre and post lockdown, we can still see some trend shifts after the point of lockdown.

We see an decrease in users reporting that they are eating more than one portion of healthy grains and fresh fruit, but at the same time an upward trend in the consumption of sugary drinks. There has also been a decrease in users eating processed foods which can often be an easy option but an increase n processed meat consumption. We'll be releasing new content within the app to help our users who want to reduce their intake of these items.
‍
‍

More than 1 portion of healthy grains 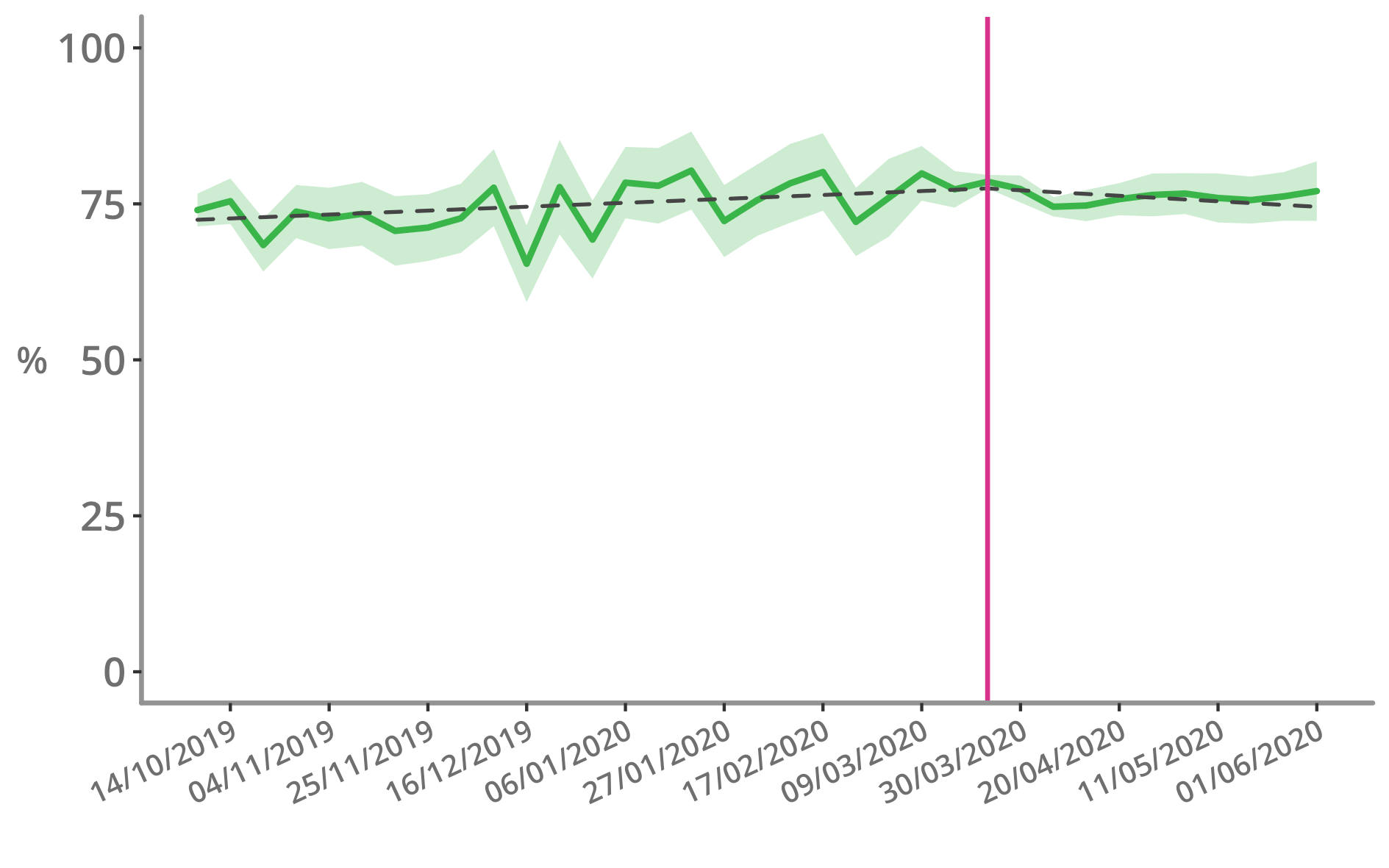 More than 1 portion of vegetables 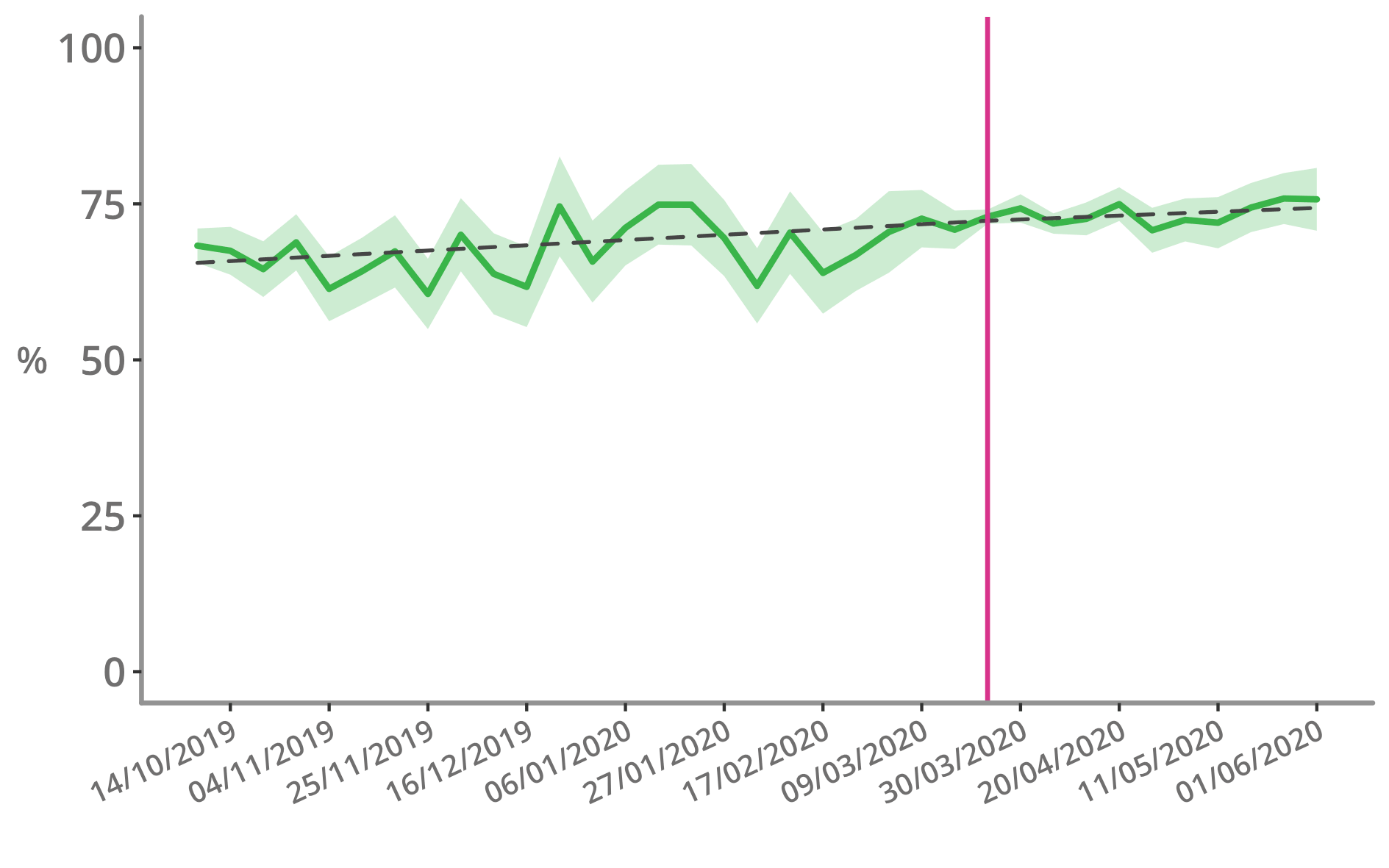 More than 1 portion of fresh fruit 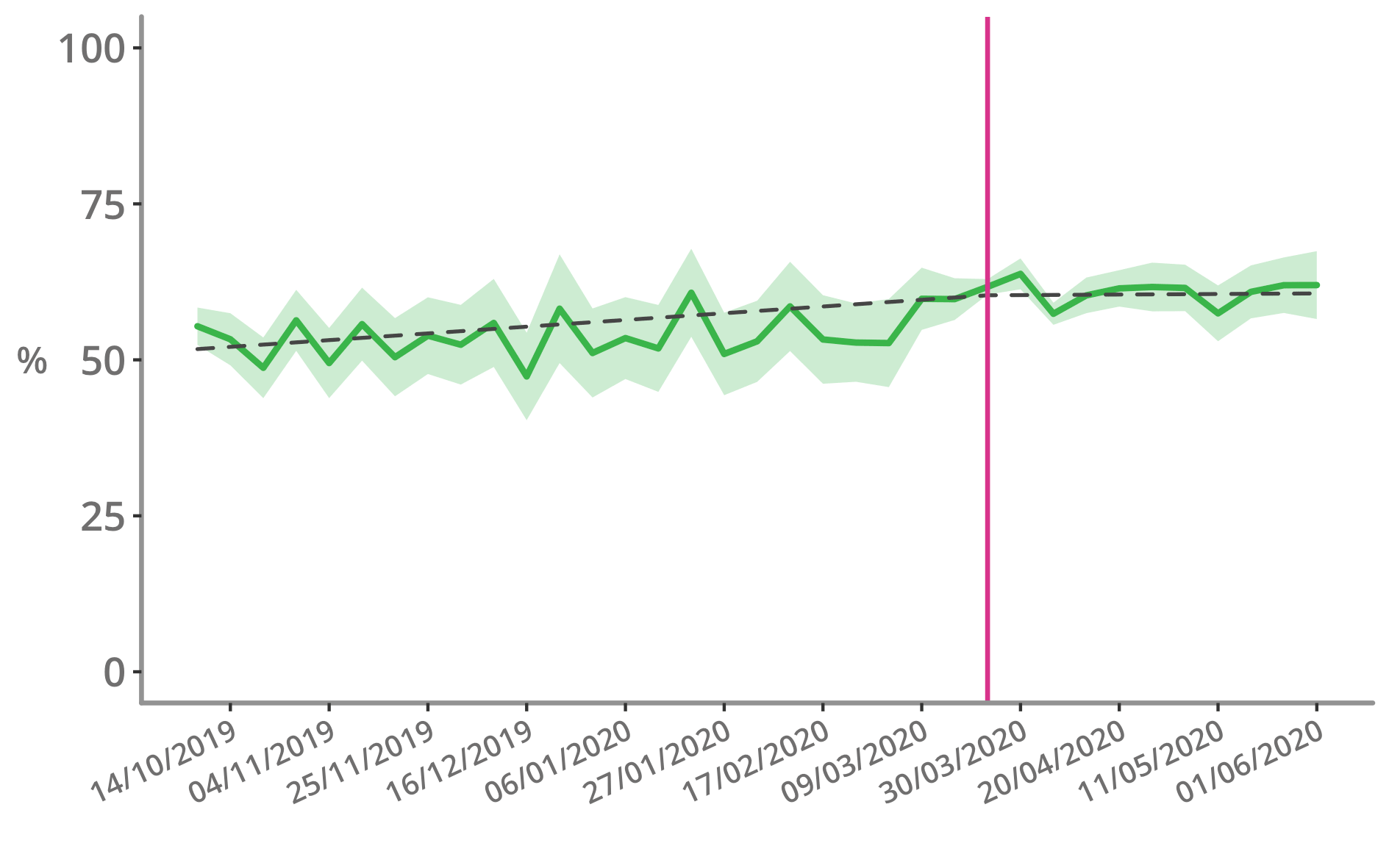 Any portions of oily fish 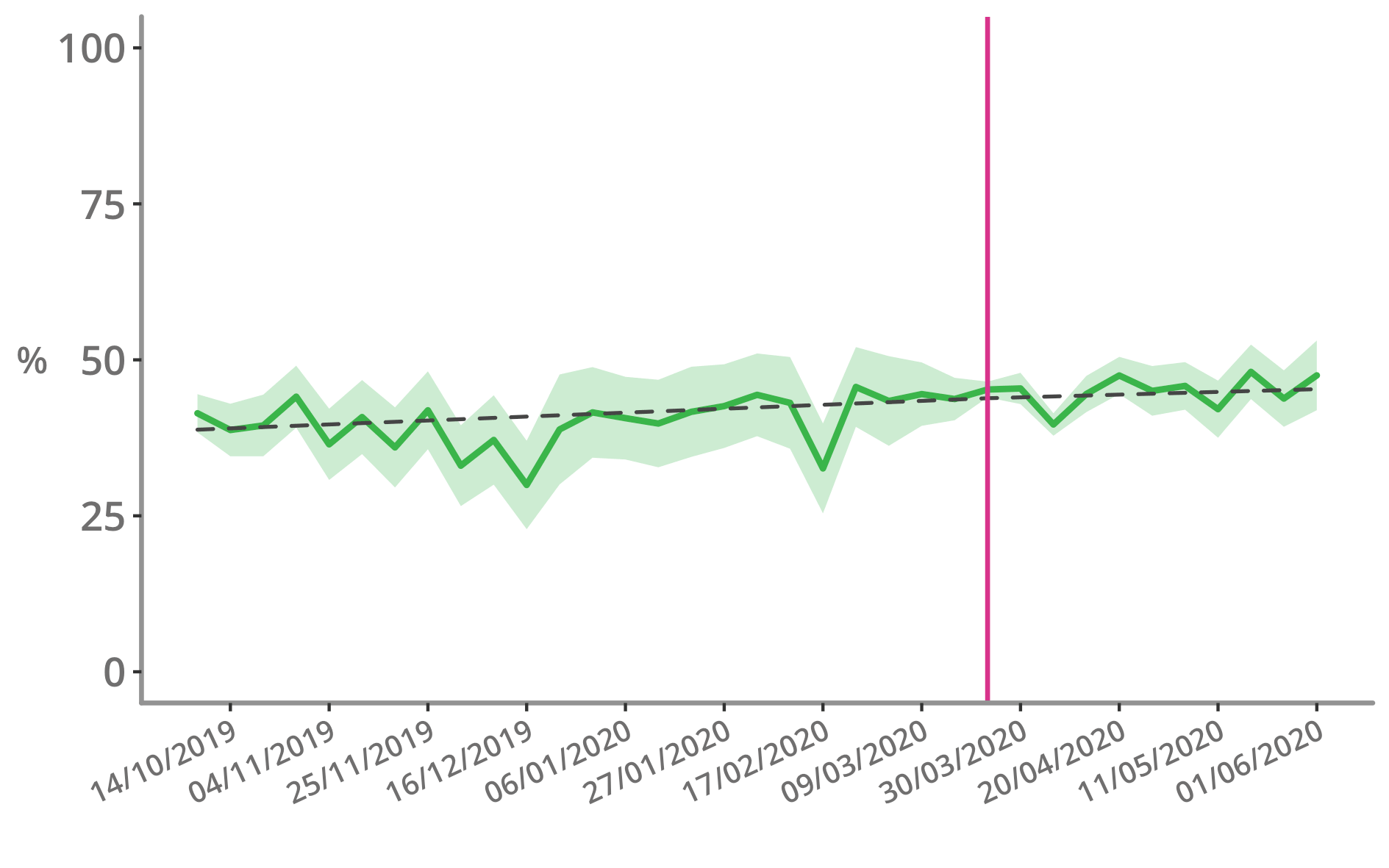 More than 1 portion of fish or seafood 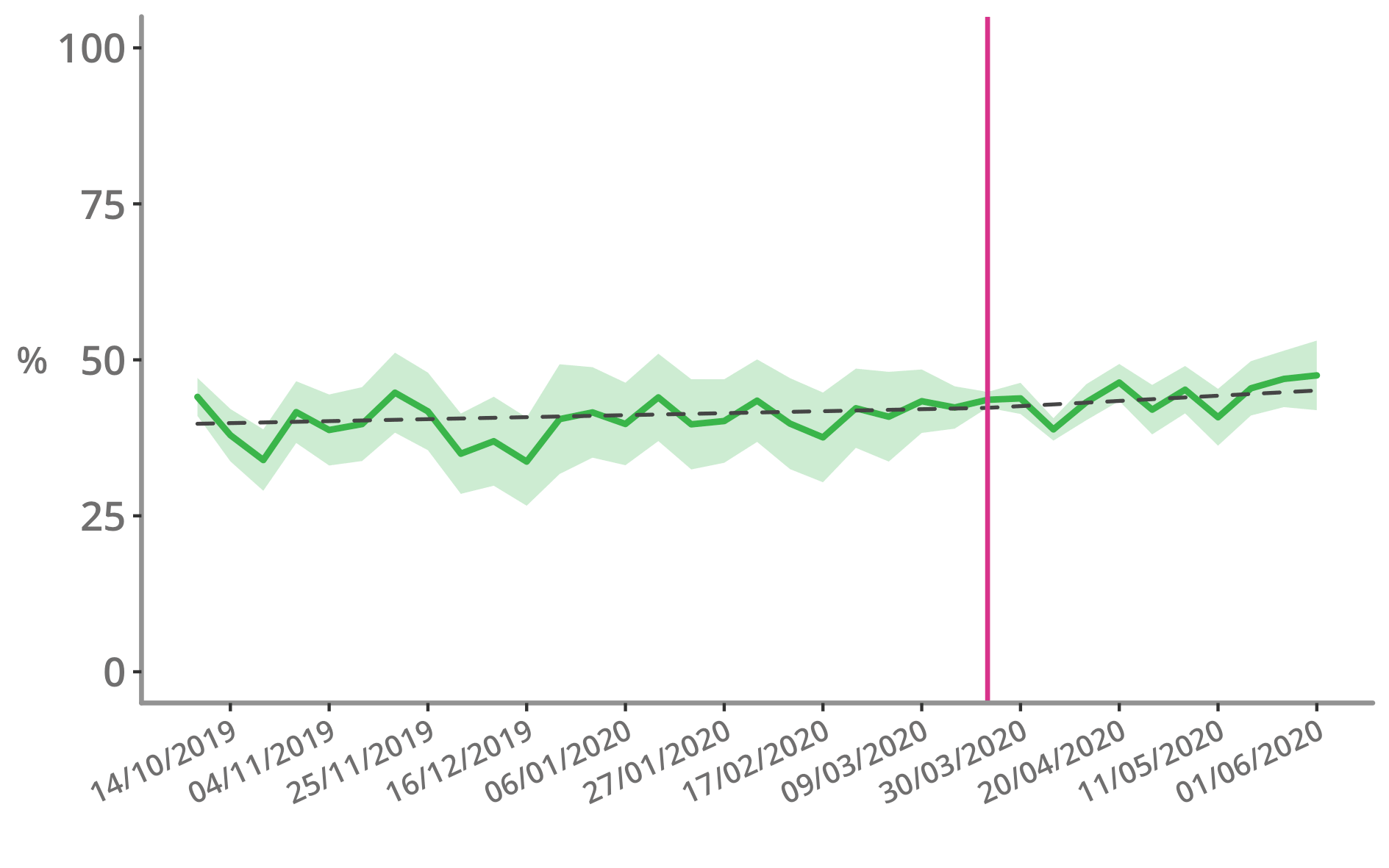 More than 1 portion of processed food 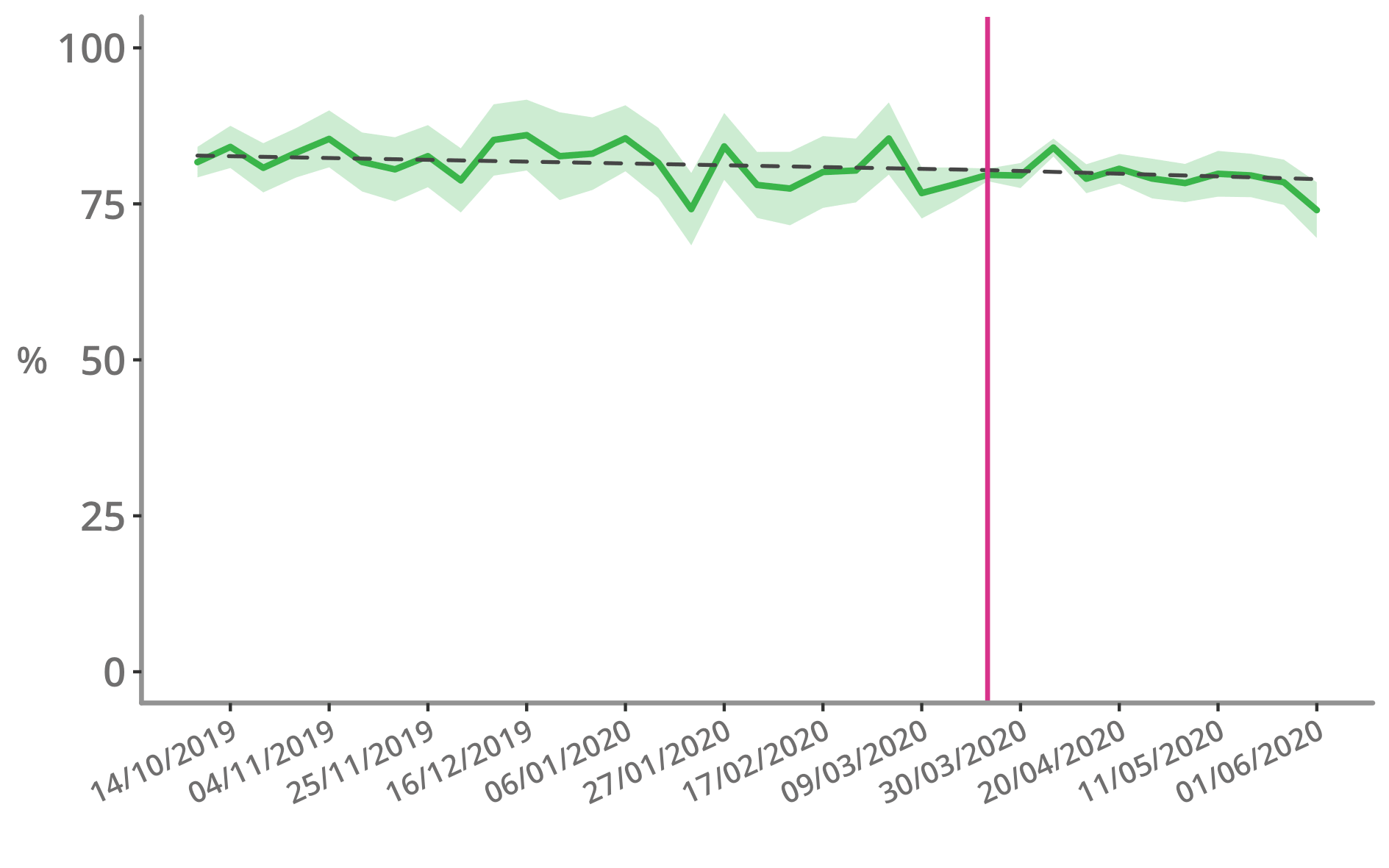 More than 1 portion of processed meat 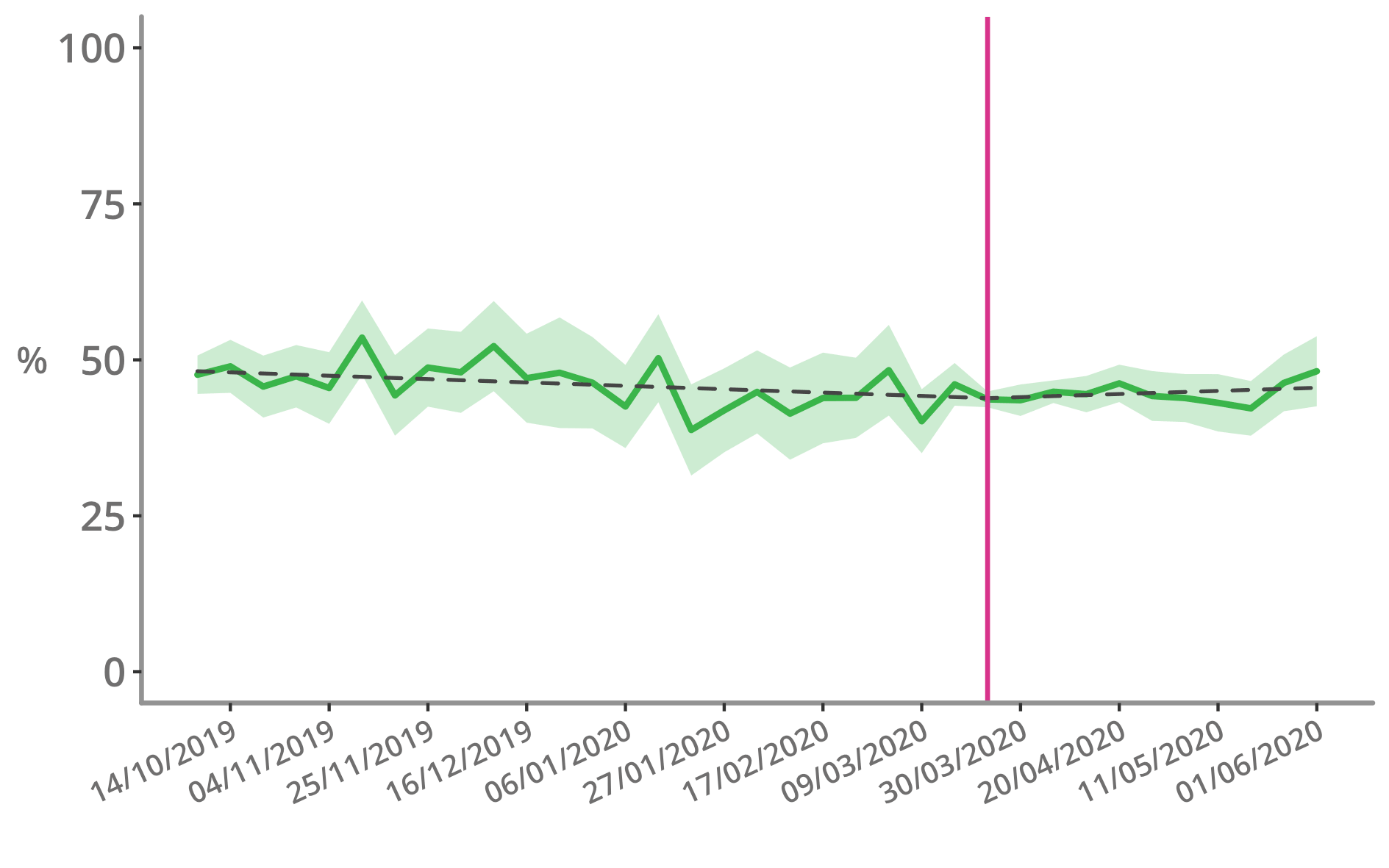 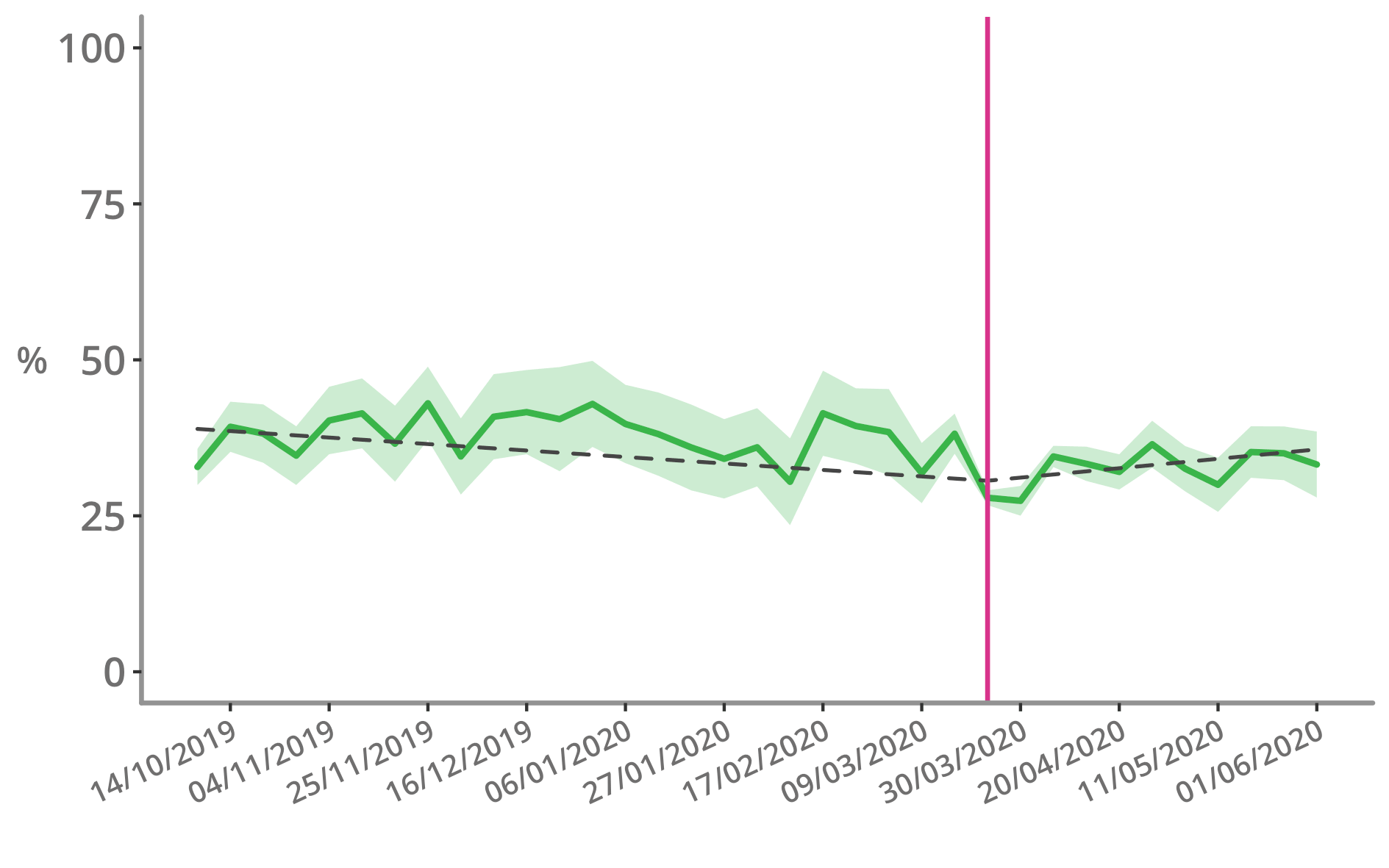 More than 6 units of alcohol 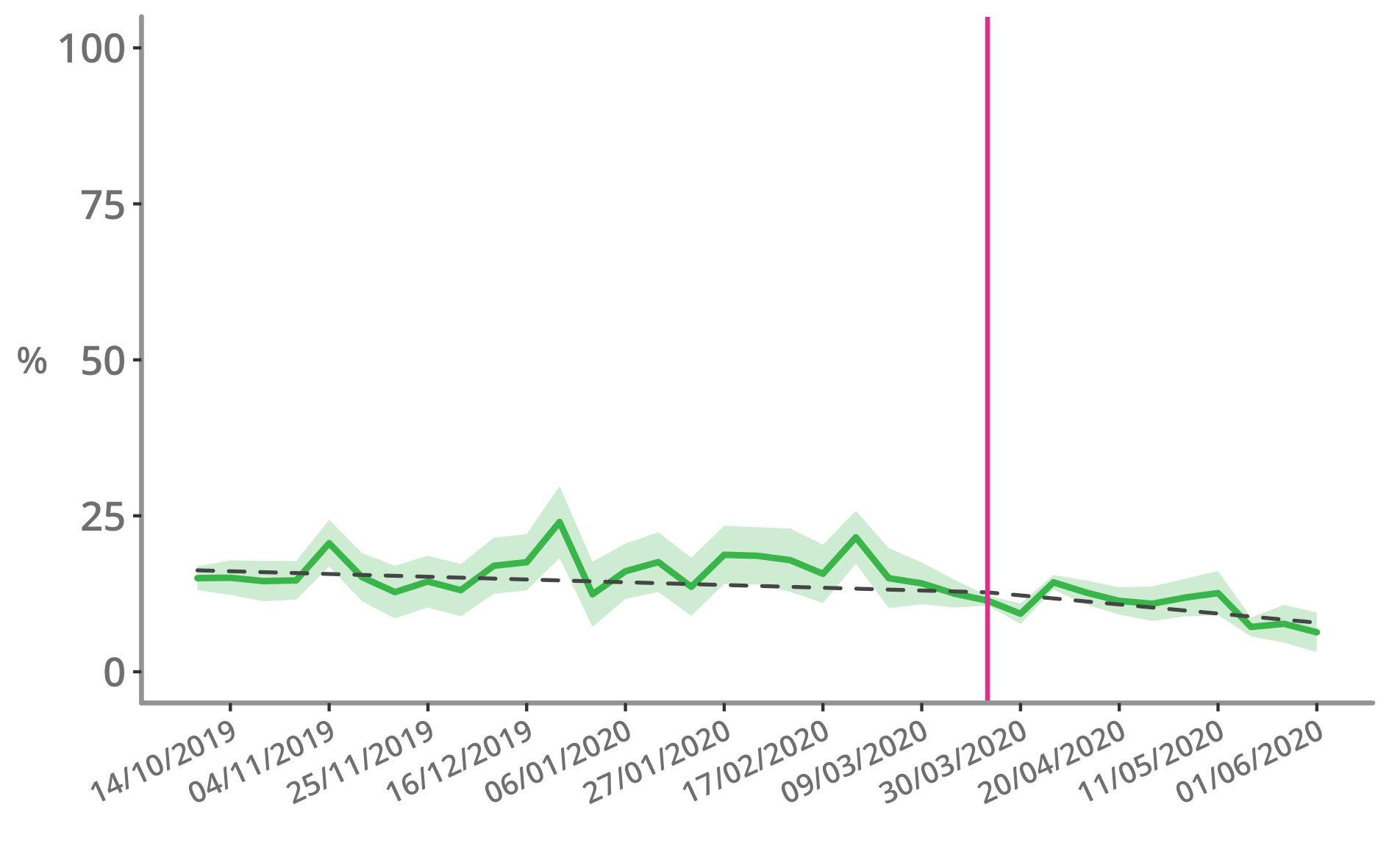 If you found these insights interesting, please share our page, and encourage others to download our FREE app.