Why we need sleep 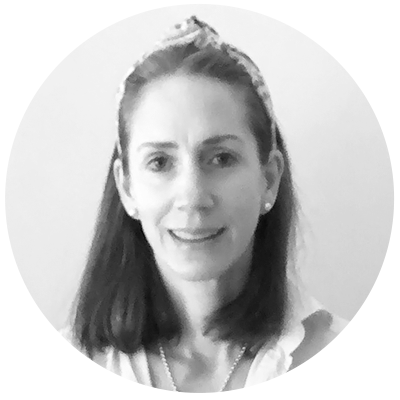 Most of us do it once every 24 hours. In fact, Sleep Foundation advises adults aged 18-64 get 7-9 hours of sleep, whilst the recommended sleep time for those aged 65 and above is 7-8 hours. Some studies indicate that 7 hours could be the optimum amount of sleep time for those who are middle aged and older. Yet, the question around why we need sleep remains a mystery. Exciting discoveries have been emerging about how busy our bodies are when we’re resting. Here’s a snapshot of what we’ve uncovered so far about why we need that valuable shut-eye each night.

5 reasons why we need sleep

1. Every night is spring in your brain!

Just as we may have a spring clean when the seasons change, our brains clear toxins away each night, while we kip. Discovered as recently as 2012, the glymphatic system, has been described as the brain’s waste clearance system. There is more to learn, but it seems to be a network of channels that removes unwanted proteins and by-products of metabolism from our brains, whilst also transporting nutrients including glucose and fats, alongside hormones and neurotransmitters, to our brains.

‍
Although our brains are always busy filtering toxins, research has found that the glymphatic system is largely disengaged while we’re awake. It's when we’re asleep that the clearance starts. While we slumber our levels of the hormone and neurotransmitter, norepinephrine, decline. This results in the space between cells in our brains expanding, meaning the fluid in the glymphatic system can flow more easily. This improved circulation of fluid in our brain's blood vessels leads to more toxin clearance. Neat, huh?!

The link between toxin clearance and Alzheimer’s disease

Most of us don’t do our best work at a messy desk. All the clutter distracts our minds. The same applies to our brains if they remain unable to clear toxins; they don’t work at their optimum capacity, and it can start to cause more serious damage.

2. Night-time is liver’s time to shine!

One of the reasons why we need sleep might be to allow organs to carry out vital functions. Take the impact of not getting enough sleep on our livers, aka our “chemical factory” — performing over 500 chemical functions in our body. A study carried out on mice found that losing six hours of sleep or a single night’s sleep can affect the liver's ability to produce the sugar, glucose, and process the hormone, insulin, which helps our bodies use glucose for energy. This can lead to something called insulin resistance which can increase the risk of metabolic diseases such as nonalcoholic fatty liver disease and type-2 diabetes.

3. Memory converting while we zzz might explain why we need sleep

Memory isn’t just important for ensuring we don’t forget things like birthdays or how to get somewhere. It’s essential for our survival too. How else will we learn to adapt to the challenges of our ever-changing environments so we can be safer or better next time a situation occurs? The making of a memory has been described as involving three processes: encoding, consolidation, and retrieval.

When we’re awake, our brains are all set to process new experiences and encode the new information as well as retrieve already formed memories. When we’re asleep, our mind isn’t occupied processing new experiences so enjoys the ideal conditions for the consolidation process: sorting newly encoded memories into the long term “remember me” file!

Some types of memory formation can only occur when we’ve nodded off. One such type of memory is that of our immune system which protects us from nasties!

During slow wave sleep (SWS), the main type of sleep during the early part of our nightly slumber, interactions between antigen-presenting cells (APC) and T cells, types of white blood cell in our immune system, occur. When a T cell meets an APC cell, new or unusual information is taken from the antigen (toxin or foreign substance) in the APC cell and stored by the T cell. It’s a way of our immune system remembering potentially harmful substances in our blood and how to fight them off, so sleep strengthens our adaptive immune response and memory.

4. Why we need sleep may be to do with keeping our emotions in check

It’s widely accepted that not getting enough sleep, known as sleep debt, can make us grumpy and more likely to overreact to things. It’s believed that to maintain optimal mental and physical health, the average person needs seven to eight hours of sleep each night, though some suggest nine hours is better.

In fact, Bauducco et al. (2016) did a cross-sectional study to examine the correlation between lack of sleep in teenagers and emotional and behavioural issues. The study showed that students who reported less than the recommended total sleep time developed “norm-breaking behavior,” such as violence, drug misuse and stealing, as well as emotional changes, including anger, depression, and anxiety.

Sleep debt seems to affect all ages and both sexes in similar ways, but why do we overreact when we’ve not had enough sleep? One reason could be the night-time activity of the amygdala, one of two almond-shaped masses of grey matter inside our brains involved with the recognition, processing and regulating of our emotions. When we lack sleep, there’s reduced connectivity between our amygdalae and part of the brain believed to be responsible for social evaluation. This can lead to a decline in mood and can cause our amygdalae to have heightened responses to negative stimuli, meaning we’re more likely to overreact to things.

The other core sleep stage besides the slow-wave sleep (SWS) mentioned above, is rapid-eye-movement (REM) sleep. REM sleep becomes more intense and common towards the end of our time asleep. It’s been suggested that during this time our amygdalae are engaged in creating the emotional parts of our dreams and reprocessing and consolidating emotional memories. It’s also thought that while we sleep, our amygdalae prepare us to handle emotions rationally the next day, which is always helpful!

5. Active by day, repair by night

Are you keen on exercise? If so, another reason to prioritise sleep is to make sure you're banking maximum doses of human growth hormone! Produced in the pituitary gland, this hormone contributes to growth, but also promotes body composition, cell repair, and metabolism, whilst supporting muscle growth, strength, and exercise performance, and helps us recover from injury and disease. Our pituitary gland is highly active when we exercise and releases most of HGH in waves while we kip. The biggest wave tends to happen before midnight, with some smaller waves occurring in the early morning. Not getting enough sleep can reduce the amount of HGH our bodies create, so, if you're exercising regularly and not seeing the gains you want, ask yourself, are you getting enough sleep?

Countless reasons why we need sleep

It’s estimated that we spend, on average, one third of our lives asleep. It’d make sense then that, whilst we seemingly shut off, our bodies don't! All that time sleeping must be put to good use somehow, after all!

The above list certainly doesn’t include all the reasons behind why we need sleep. Matthew Walker, professor of neuroscience and psychology at the University of California, Berkeley sums it up perfectly when he says: “We sleep for a rich litany of functions, plural—an abundant constellation of nighttime benefits that service both our brains and our bodies. There does not seem to be one major organ within the body, or process within the brain, that isn’t optimally enhanced by sleep (and detrimentally impaired when we don’t get enough).”

So, while the answer to why do we need sleep may not be straight-forward or definitive, what’s clear is that 40 winks just won’t cut it - we all need good quality beauty sleep for our bodies to work well!

🛌 Why not take our Sleep Quality Check in the Happiness section of the FREE Evergreen Life app to see if the quality of your sleep could be improved?

How to feel happier